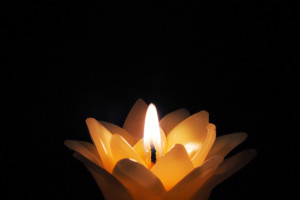 Hazel Marie Baugham Cannon, age 95, of Kenansville, North Carolina, fought the good fight, kept the faith, and is now in the presence of her Lord and Savior Jesus Christ, as of Wednesday, September 2, 2020.  After her first grandchild was born in 1960, Hazel became known as “Granny Cannon”, which she continued to use as her stage name.  She was born on September 13, 1924, in Roanoke Rapids, Halifax County, North Carolina to Walter and Ruby Hicks Baugham.  She was predeceased by her parents, and her devoted husband, Charlie Harris Cannon. They were blessed to celebrate 55 anniversaries before he passed.  She was also predeceased by siblings, Charles Henry Baugham, Richard Lee Baugham, and Evelyn Jenkins.

Hazel loved traveling and lived in many places during her lifetime, Roanoke Rapids, NC, Richmond, VA, Fort Meyers, FL, Daytona Beach, FL, Kenansville, NC, and her beloved favorite, Maggie Valley, NC.  She attended churches everywhere she lived and visited, and surely must hold the all-time record of the number of churches in which she participated.  Hazel taught Sunday School for many years and served the Lord in many ways with music and entertaining in churches and nursing homes everywhere she lived. She attended her high school reunions in Roanoke Rapids every year as her health permitted, and always played the guitar and led the singing for the group. For many years, Hazel cultivated a huge garden with flowers and vegetables, and she constantly gave plants to others wanting to start their own gardens.

Hazel worked many years for the federal government, an insurance company, and she and her husband managed motels in Florida and Maggie Valley, NC. They always played in a band.  Charlie was a member of the Red Rock Rangers band in Roanoke Rapids.  They were featured with regular programming on WCBT radio in 1941, and Hazel and a few other ladies also sang with them.  In later years in Maggie Valley, they formed the Cannon Bluegrass Brigade with Dot and Rudy Barrett and a few others, they organized another band with Bluegrass, Country and Gospel Music, which included Raymond Fairchild, and the Crowe brothers, Josh and Wayne.  Marilyn Chadwick also performed with them.  Hazel was an amazing mandolin picker, and played guitar, fiddle, and piano.  For many years she gave free guitar and mandolin lessons to anyone who was serious about learning.  She was impressive with her yodeling and even taught a few people how to yodel.

Hazel was a devoted mother, grandmother, great grandmother, and great-great grandmother!  Surviving to cherish her memory are her daughters, Kay Cannon Autry and husband Wilson “Gene” of Kenansville, and Cheerita Cannon Tanner, and her son Charlie Harris Cannon, Junior of Mechanicsville, VA.  All her grandchildren include Dianne Johnson, Sandra Rovhana, and her children, Josh Jarman and his son Irah, Wesley Joseph, and his children, Colton and Ana, Trevor Herron, Nicole Catania, and Kyle Catania; Scott Autry and his children Ryan and Sarah; Charlie Cannon III, and his twin boys Charlie IV and Trent; David and wife, Monroe Depree Tanner, and sons, Chris, Garrett, and Micah; and grandson Bryan Tanner, and many beloved nieces and nephews.

Due to Covid concerns, a memorial service will be held at a later date.  Memorial gifts may be made to Kenansville Baptist Church Music Fund, P.O. Box 865, Kenansville, NC  28349.

To send flowers to the family or plant a tree in memory of Hazel Marie (Baugham) Cannon, please visit our floral store.

You can still show your support by sending flowers directly to the family, or by planting a memorial tree in the memory of Hazel Marie (Baugham) Cannon
Share a memory
© 2021 Fayetteville Cremation Services. All Rights Reserved. Funeral Home website by CFS & TA | Terms of Use | Privacy Policy