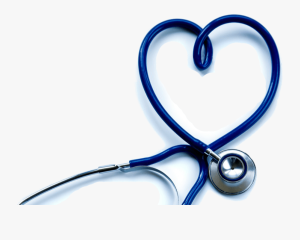 John Roy Hare, 62, passed away on Tuesday, October 6.  Born in San Diego, California on June 13, 1958 to Norma Jean Goodknight Hare and Melvin Dwayne Hare, John moved back to Neodesha, Kansas with his family after his father left the Navy.  John was raised on the family farm and grew up learning many different skills.  After graduating from high school in 1977, he attended Pittsburg State University and fell in love with skydiving.  This led him to join the Army in June, 1978.  He was trained as a 52D  (generator mechanic), attended jump school at Ft. Benning, GA, and was stationed at Fort Bragg as a member of the 5th Special Forces.  He was deployed many times, but his most exciting deployment was the invasion of Grenada which earned him the Army Achievement Medal. He went on to become a Special Forces Medic, but was injured completing the Special Forces course.  John received an honorable discharge in 1989 after serving proudly for nine years.

He continued his training in the medical field when he received his Associate Degree in Nursing from Sandhills Community College in 1992.    Critical Care was his specialty and he spent several years in the Emergency Department and as part of Life Link Critical Care Transport.  He graduated from Fayetteville State University with a Bachelor of Science in Nursing in 2001. Then John transferred to CSICU and found his true calling.  After over 15 years of caring dedication to his patients in CSICU, he retired in June, 2017 after major back surgery.

John had many projects that occupied his time after he retired.  He purchased his dream vehicle, a 1958 Chevy Apache truck, and began restoring it to HIS high standards.  He also began learning how to operate a BOSS laser to create a variety of products.  Daily, he could  be seen driving his golf cart around the neighborhood to help anyone who needed assistance  or have a friendly chat.

He is survived by his wife, Deanna Unruh Hare with whom he shared 41 years of marriage.  He is also survived by his daughter, Allison Marie Hare, of whom he was so very proud.  He also had an “adopted” daughter and son-in-law, Erin Elizabeth Kelley and Carrington DeAtley, his sister, Connie Jean Hare Burkhead, of Neodesha, Kansas, sister-in-law, Denise Unruh-Kitch, and nephews Stephen (Sarah)  and Fred Burkhead, Drew (Josie)  and Sam Unruh-Kitch.

John was a member of Haymount United Methodist Church, Creasy Proctor Masonic Lodge, and a past member of the Fayetteville Chapter of Rolling Thunder.

There will be a Celebration of Life for John from 1:00 - 4:00 P.M., Tuesday, November 24 at DirtBag Ales  5435 Corporation Drive, Hope Mills,NC, 28348.  In lieu of flowers, please send donations to Fayetteville State University, 1200 Murchison Road, Fayetteville, NC 28301.  Checks can be made out to Fayetteville State University with In Memory of Mr. John Hare in the memo line of the check.  Online gifts can be made here: https://www.uncfsu.edu/give-to-fsu and donors can select In Memory of Mr. John Hare as the gift designation in the drop-down box “your area of support”.

John will be greatly missed by so many of his family, friends and medical colleagues.  His humor and compassion touched many lives.

To send flowers to the family or plant a tree in memory of John Roy Hare, please visit our floral store.

You can still show your support by sending flowers directly to the family, or by planting a memorial tree in the memory of John Roy Hare
Share a memory
© 2021 Fayetteville Cremation Services. All Rights Reserved. Funeral Home website by CFS & TA | Terms of Use | Privacy Policy