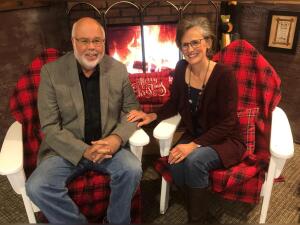 Paul David Sauer, 71, passed away from congestive heart failure on May 15, 2022, leaving this earth for an eternal home with his Lord and Savior Jesus Christ.

Paul was born in Buffalo, New York, on April 19, 1951, to Don and Ruth (Irwin) Sauer. Although a New Yorker by birth, Paul became an Alaskan almost immediately in life after his parents moved to Fairbanks when Paul was just a year old. Paul would call The Last Frontier home for the next sixty years, coming of age in the interior of Alaska where he actively pursued interests in sports and music. A true “sourdough,” Paul attended University Park Grade School, Main Junior High, and Lathrop High School, graduating in 1969. Paul matriculated to Wheaton College in Illinois, where he played collegiate golf and performed the alto saxophone in the Wheaton Conservatory of Music. Paul earned his Bachelor’s degree from Wheaton in 1973 and that same year married Maria (Pace) Sauer. At the time of their marriage, Paul was enrolled in graduate school at Wheaton and the newlyweds returned to Illinois so Paul could finish his degree. Paul postponed his graduate education in 1974 to move back to Alaska “just for a year” to help his father’s electrical business (Sauer Electric) during the boom of the pipeline days. The postponement to graduate school lasted over four decades. Ultimately, Paul and Maria made their life together in Fairbanks, and, as their family grew to five children, Paul’s love of sports began a new chapter as coach and animated spectator. Paul soon became a fixture at baseball and softball diamonds, soccer fields, swim decks, hockey rinks, and volleyball and basketball courts across the Tanana Valley, coaching, officiating, and cheering his kids’ athletic endeavors.

As his children grew, so too did PDS Construction, the business Paul established in 1975. As the owner of PDS, Paul was an active member of the Alaska Home Builders Association and for more than 40 years built beautiful custom homes for families in and around Fairbanks. One of Paul’s proudest accomplishments was receiving the Governor’s Award for Energy Efficiency and Design in 1998. The house that won Paul this award and many others can be seen throughout the Fairbanks region, a standing testament to Paul’s diligent and dedicated work ethic.

After 30 years of marriage, Paul’s life took an unforeseen turn with Maria’s passing in 2003. Paul remarried in 2007 to Kathy (Irvine) Sauer, herself a widow with four children. In 2012, Paul and Kathy, along with two of Kathy’s (now their) children, moved to Boise, Idaho. Paul returned to school at Northwest Nazarene University and earned his Master’s degree in Clinical Counseling. Paul was involved in pastoral counseling and co-taught marital and grief counseling classes with Kathy at Eagle Christian Church in Idaho’s Treasure Valley.

Always a gifted musician and lover of music, Paul continued to play alto saxophone throughout his life and was known to play a local “gig” or two. In recent years, Paul developed a love of family history and genealogy. He enjoyed researching his family lineage and sharing stories of the past with his children, grandchildren, and extended family members around the world.

Paul will be remembered for many things: his warm smile, his listening ear, and his tendency to greet strangers and friends alike with “Hey, Old Timer!” But most importantly, Paul will be remembered for his love of God and his love of family. Nothing gave him more joy than knowing that his children and grandchildren were striving to love mercy, live justly, and walk humbly with their God. Paul’s legacy is profound.

To send flowers to the family or plant a tree in memory of Paul David Sauer, please visit our floral store.

A Memorial Tree was planted for Paul David

Join in honoring their life - plant a memorial tree