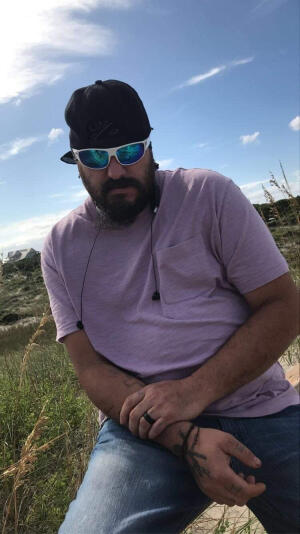 William is survived by his loving wife Crystalynn M. Davis of the home; his two sons William Davis Jr. of Fayetteville and Brevin N. Clapp of St Pauls; his five daughters, Tori Lee of NJ, Stephanie Davis of Raeford, Brittney Burhop of Fayetteville, Alexis Howard and Jessica Howard both of St Pauls.

William was preceded in death by his father William Monroe Davis Sr.; one sister Cathy Ann Davis; grandparents on both sides; multiple aunts and uncles, and three precious grandchildren that never made it into the world.

He will be remembered as a loving husband, father, son, brother, uncle, son-in-law and friend. Above all  Will cherished his family and friends. As long as everyone else was happy, Will was happy. He could make you smile in a second and laugh until your sides ached. Will was a generous man who you never had to ask more than once for help. He had many passions, his family came first, and if he wasn’t home with his family or at work, he was riding his motorcycle and hanging out with his brothers.

Although he will be sorely missed, we celebrate the time we had with him. The unforgettable memories he leaves with his family and friends will forever live on in our hearts.

We Love You Will!

To send flowers to the family or plant a tree in memory of William Franklin Davis Sr., please visit our floral store.

No services scheduled at this time.